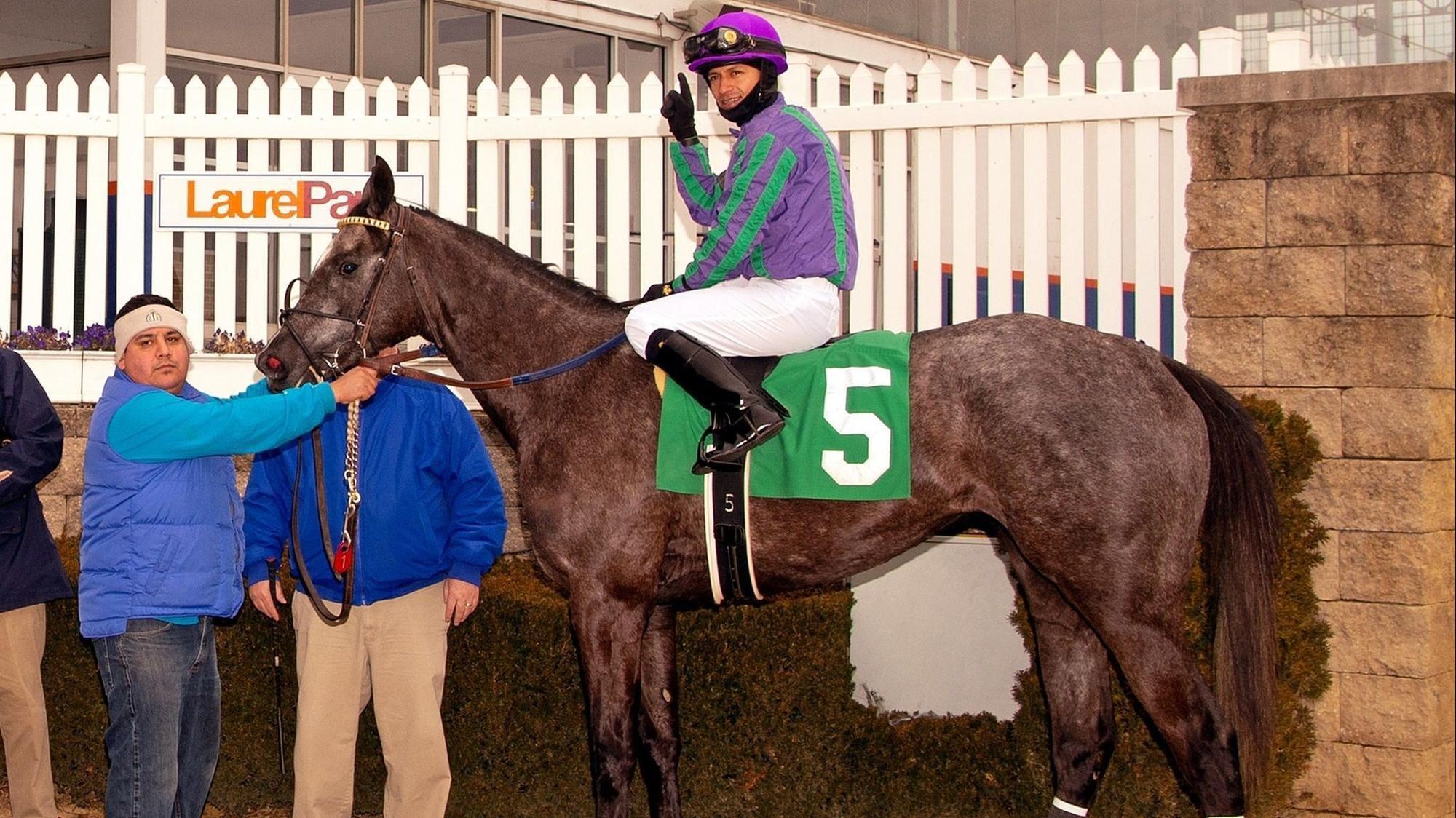 LAUREL, MD – Morgan’s Ford Farm, Linda Walls and Kingdom Bloodstock’s Pink Pearl forged a short lead after a half-mile and drew off to a 4 ¼-length upset of Sunday’s opener at Laurel Park to give jockey Victor Rosales his first career riding victory.

“This race is for Emerson,” he said. “They are caring for him.”

“It’s amazing. It’s what I’ve been working for, to get something like that,” Rosales said. “I want to thank everyone at the barn and all the team who helped, and the owners.”

Breaking from Post 5 in the field of 7, Pink Pearl saved ground along the inside pressing Simmard Shenanigan through a quarter-mile in 23.48 seconds, wrested the lead away after a half in 47.23 and extended her advantage down the stretch to win in her third career start for trainer Phil Schoenthal.

Though he was aboard Pink Pearl in a race for the first time, Rosales, 29, became familiar with her in his regular role working for Schoenthal in the mornings at Laurel.

“I feel comfortable on the filly,” Rosales said. “I know the filly and I’ve been working with her and I thought we had a big shot today.”

A native of Mexico who rides with a 10-pound weight allowance, Rosales won with his ninth career mount and fifth of 2019. He rode his first race July 21, 2018 at Parx, finishing fourth but being placed third aboard Ronald Glorioso-trained Joe the Boss following the disqualification of runner-up Daddy’s Placer. He had two mounts at Laurel in November and one in December.

“I’ve been galloping for 14 years. I started galloping in Florida at the Ocala horse complex and then I came back here to Maryland,” Rosales said. “I always wanted to be a jockey. I was just taking my time.”

Smith Stands at the Threshold of Grade I Stakes Record